In 2018, a completely new modern eight-storey commercial building has been built in the prestigious central business district of Tallinn.
The building is located next to the reconstructed Triumph Plaza business complex (Narva mnt 7) and the Park Inn Central by Radisson in a rapidly developing urban area.
The Viru and Forum shopping centers are also nearby. According to the detailed plan of the plot the purpose is 100% commercial land and all the premises of the building are intended as commercial premises.

Tinted glass panels are used for finishing the two-layer facade.

A total of 6,404 square meters of space at the spacious eight-storey building, which, thanks to its well-thought-out architectural solution, gives the building a light and airy appearance.
The building is divided into two parts: A and B, which are connected by a beautiful and representative hall.
All offices have a modern climate system. We offer the possibility of long-term rental of all commercial premises.

On March 28, 2019 Zenith Ärimaja was awarded the title “Tallinn Nordic Pearl of Light  2018” given by the Tallinn City Government. 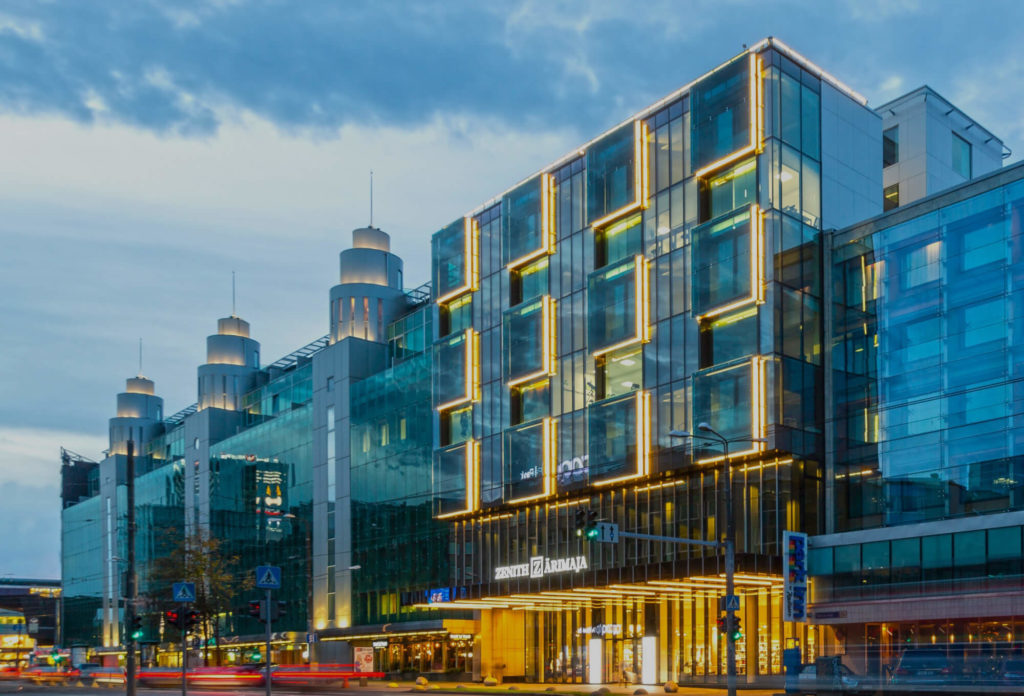 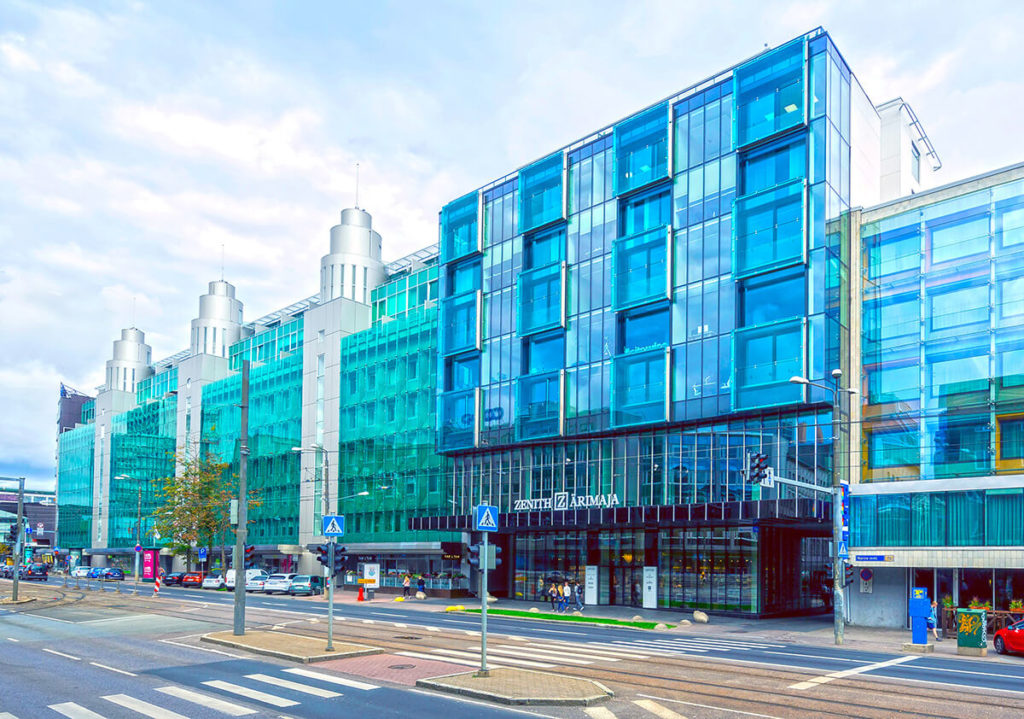 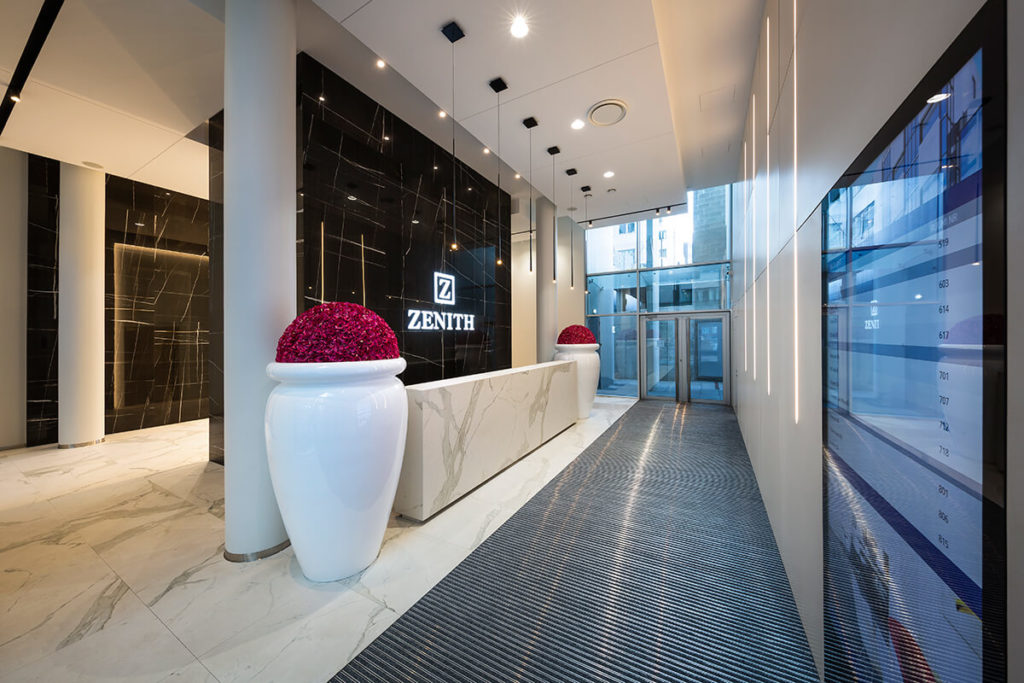 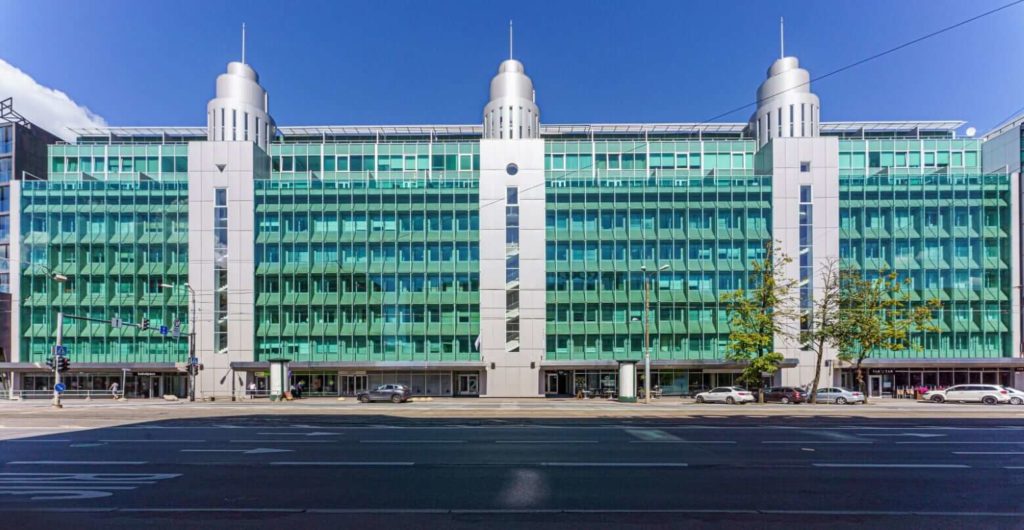 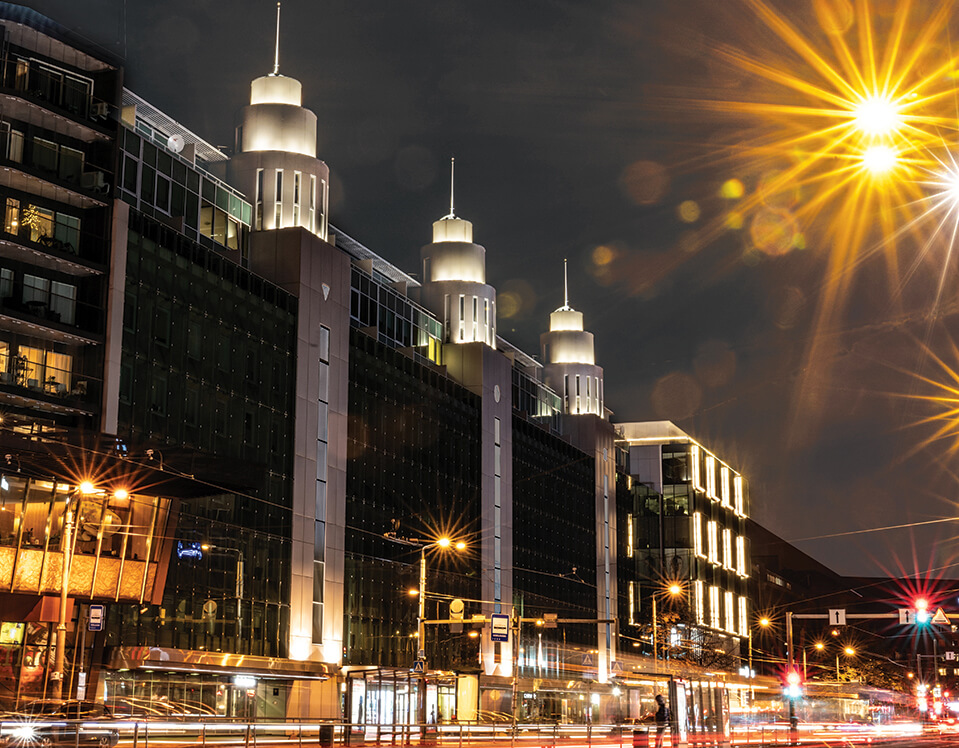 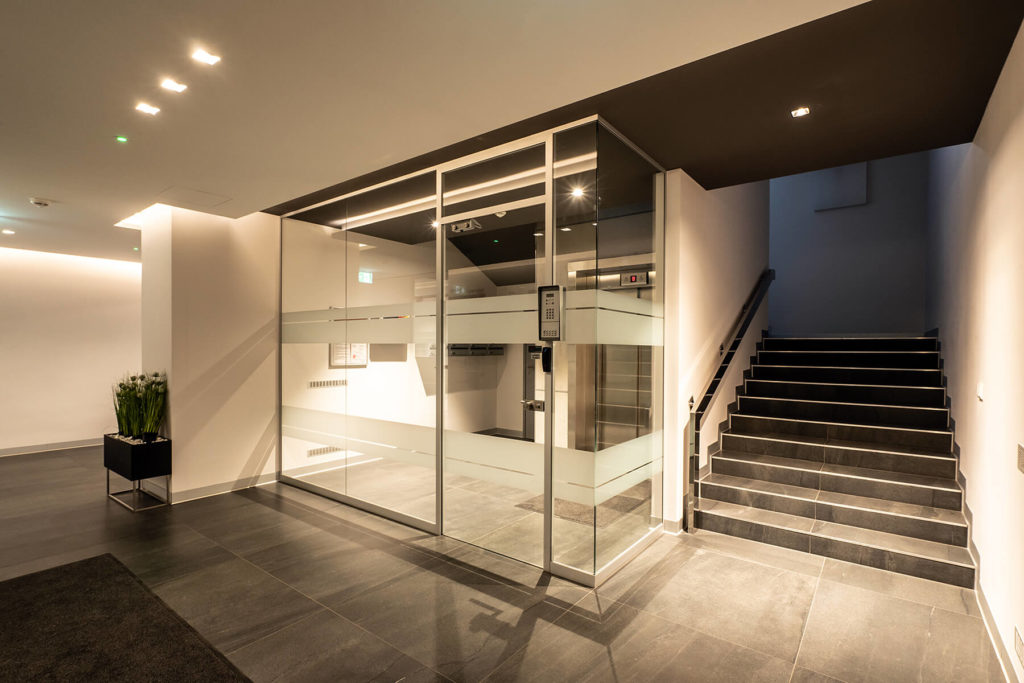 Business and residential building named Triumph Plaza is located in a pedestrian area of Tallinn city center right opposite the biggest shopping center Viru Keskus, Foorum and  as well as very close to passenger harbor (A, B, C and D terminals) several hotels, shopping centers, banks and other institutions.

It has an excellent location for a business or other establishment.
Building has 9 floors: from ground floor to sixth floor is business area, where companies rent premises and last upper floors are residential apartments.

Total net area of the building is 12 334 m². In the backyard of Triumph Plaza is parking house with 140 parking places.

The three-storey building, with 32 apartments and 5 commercial spaces, is constructed on the site of the Kadrioru Centre completed in 1970 is referred as the Must Luik (Black Swan) project.

The term “black swan” comes from an ancient western belief that all swans are white. In this context, a “black swan” is a metaphor for something that does not exist. However, in the 17th century, a black swan was discovered in Australia, which then changed the meaning of the term to what it currently is: even those events perceived to be impossible sometimes occur.
Our most bizarre dreams are those which, like black swans, may change the world. If we gave up on fulfilment of those dreams, we would commit a sin against life.
This is why we have wanted to build a unique house in the most beautiful neighborhood in Tallinn. A house, which everyday serves as a reminder that life without dreams isn’t worth living.
The distinguished and calm aura, the rolling sea within arms reach, colorful Kadrioru Park, Swan’s Pond and the Presidential Palace are to receive a noble companion for centuries to come.
The three-storey building, with 32 apartments and 6 commercial spaces, is constructed on the site of the Kadrioru Centre completed in 1970, and along with the historical villa Mon Repos they are referred to together as the Must Luik (Black Swan) project.This name brings a dreamy smile to the corner of the face of every resident of Tallinn, and conjures a familiar picture in their minds: a black swan, exuding elegance and serenity with its curved neck – the ancient symbol of Kadriorg.
It is entirely understandable that such a house would be able to offer more than just modern rooms. The Must Luik is a future oriented living environment meeting the highest of standards.
One of the best that Tallinn has to offer. 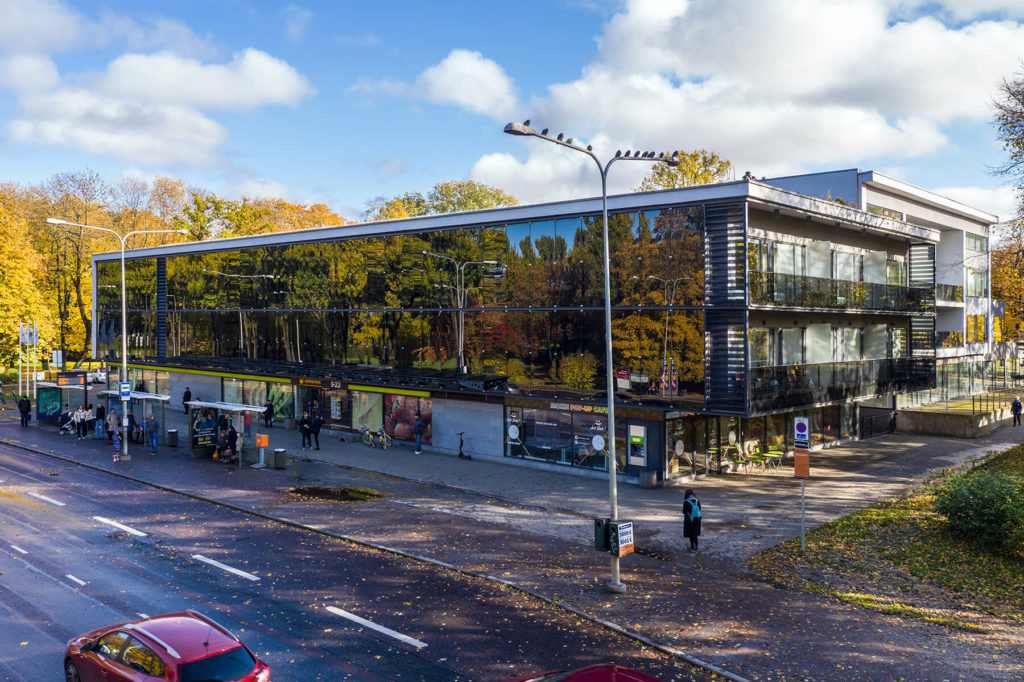 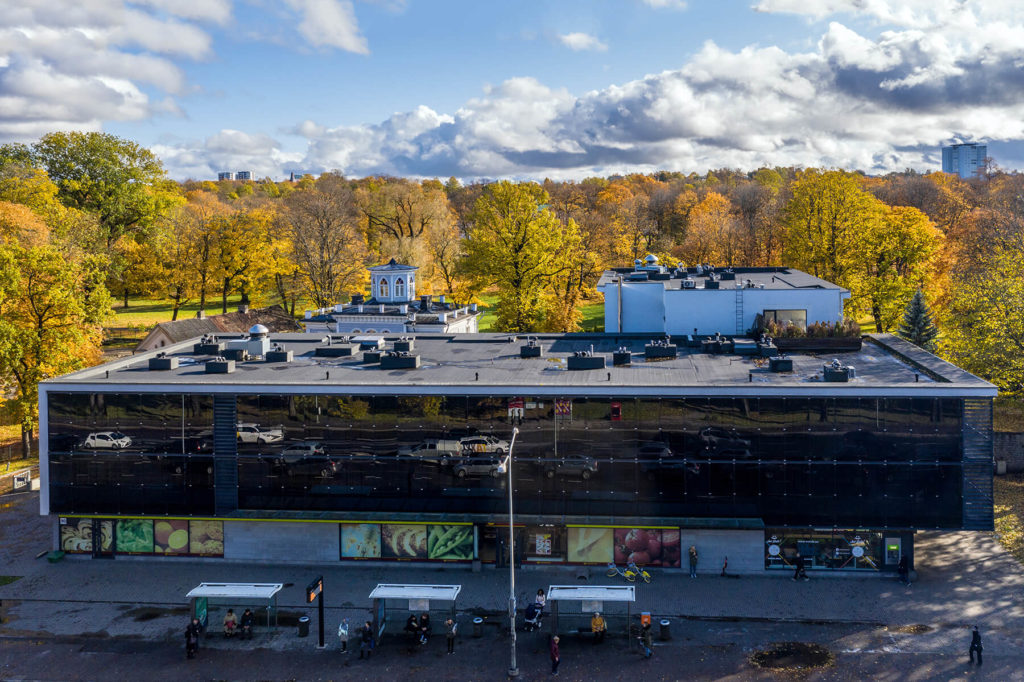 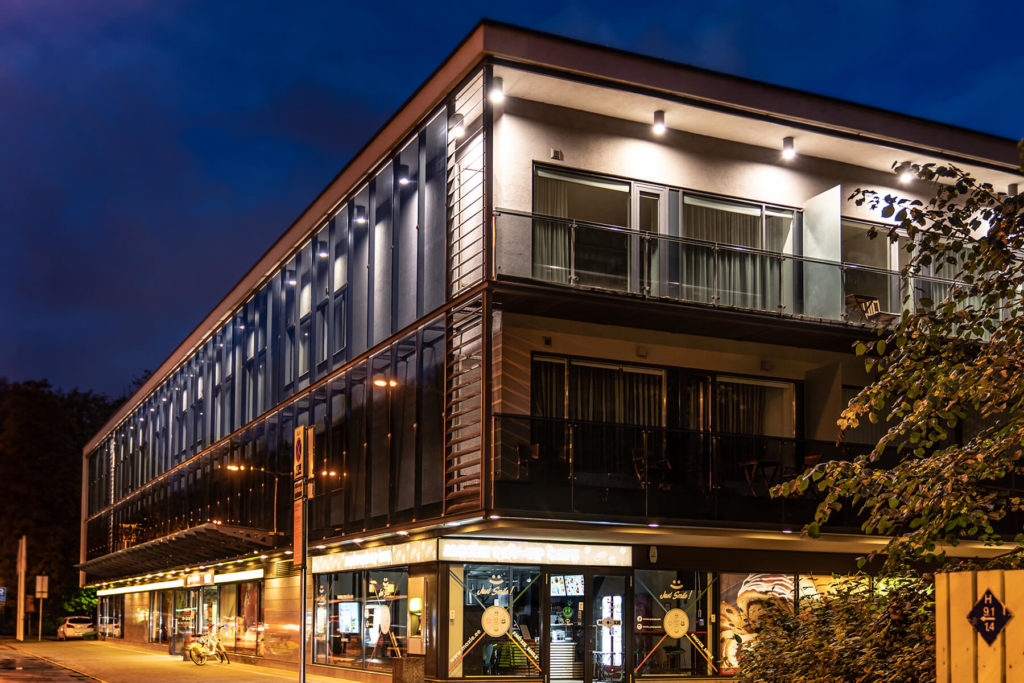 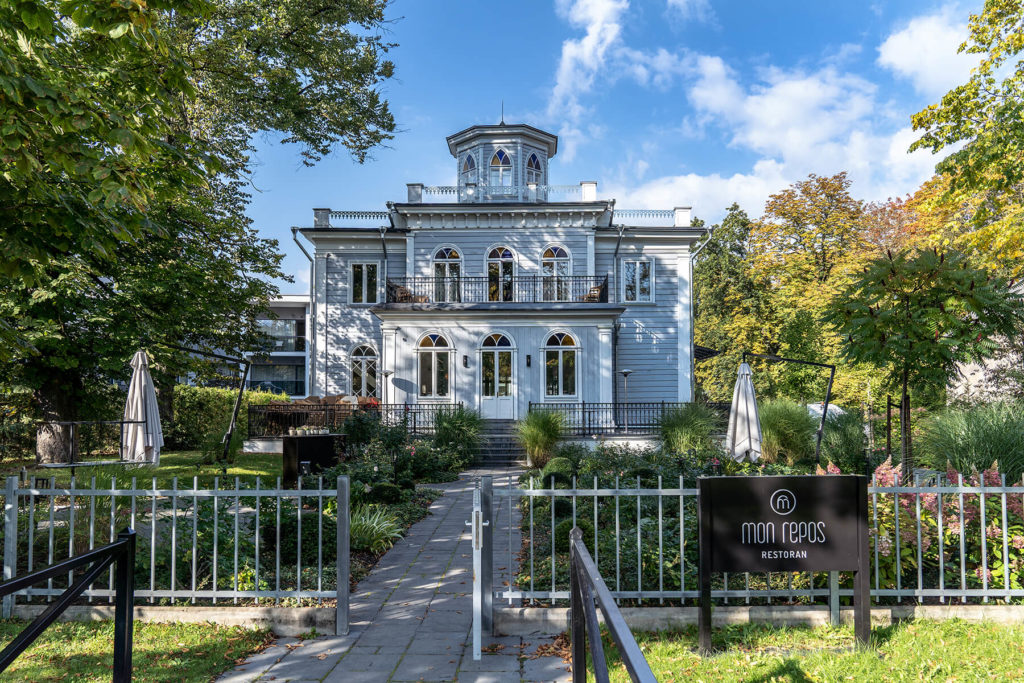 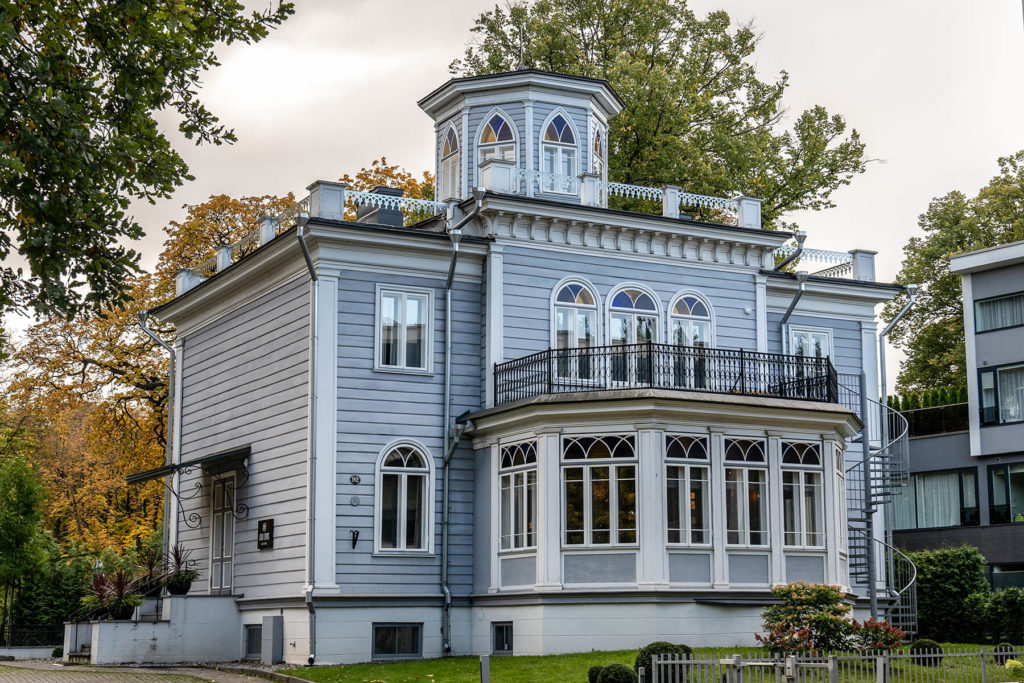 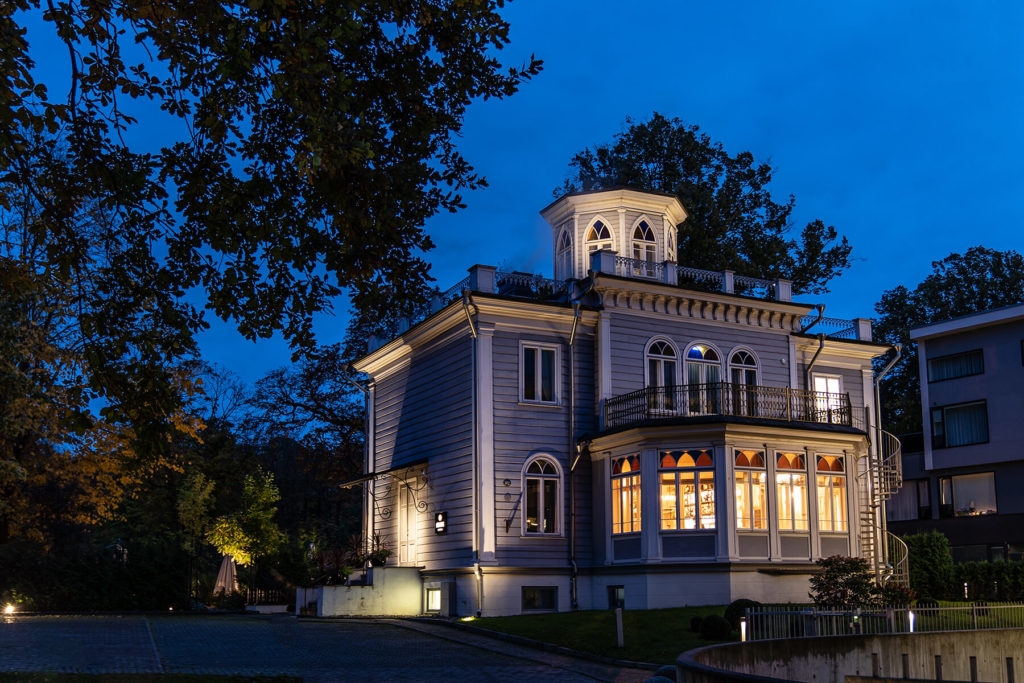 Villa mon Repos represents a historical two-storey wooden building with a stone socle and basement, which have a symmetric
design and a tower, the view out of which is available in all directions.
Villa is located in a historical park Kadriorg in Tallinn in the honor of the spouse of Peter The Great – Yekaterina I.
Residents of Estonia call this place Kadriorg, where in the second half of the XIX century at a small distance from the seaside
there used to be a district of summer residences.
There are elements of both neo-gothic’s as well as neo-renaissance in the composition of Villa’s facade. A special lightness is given to the building by terraces, balconies, big verandas and French windows.
In the period between two world wars, Villa was totally rebuilt: new steps were installed by H. Johanson’s project, and also in 1925 internal design of the rooms was changed, including changing location of the entrances.
In the end of the period of tsarist Russia and up until the end of 1920’s Villa used to be a restaurant-casino.
Later on Villa was used as a multi-apartment house (communal residential premises).

Villa mon Repos is a vivid example of architecture of the second half of the XIX century.

Beautiful house in the most beautiful part of Tallinn – park Kadriorg, in the immediate vicinity of the Presidential Palace and Swan lake  – apartment building located at Weizenbergi tn 27.
A great site layout is one of the few examples where so much attention has been paid to interial and exterial design. 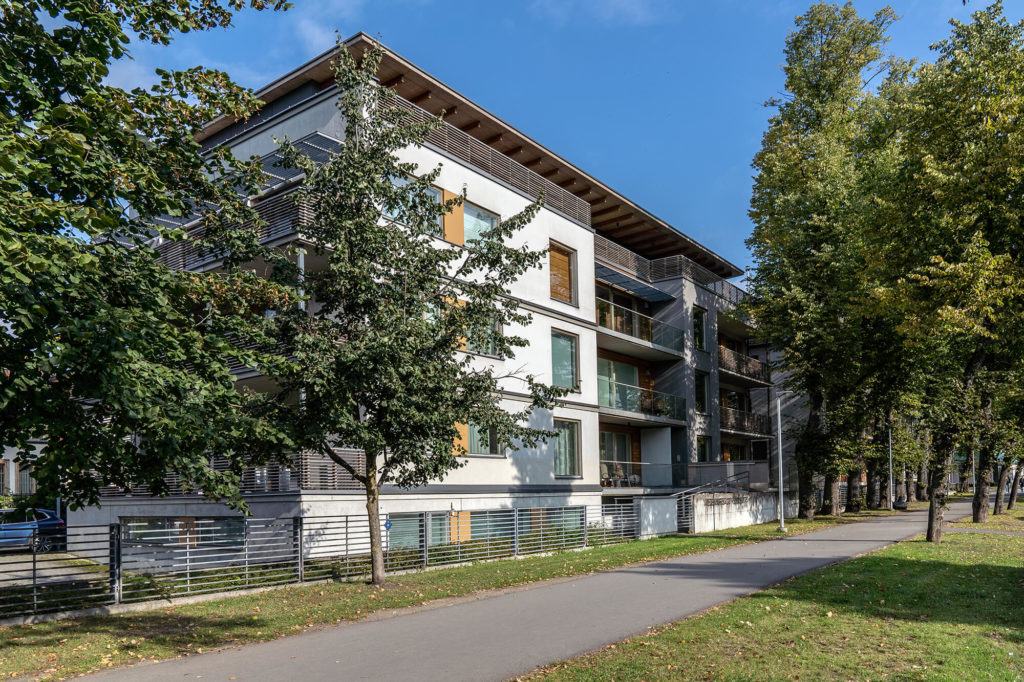 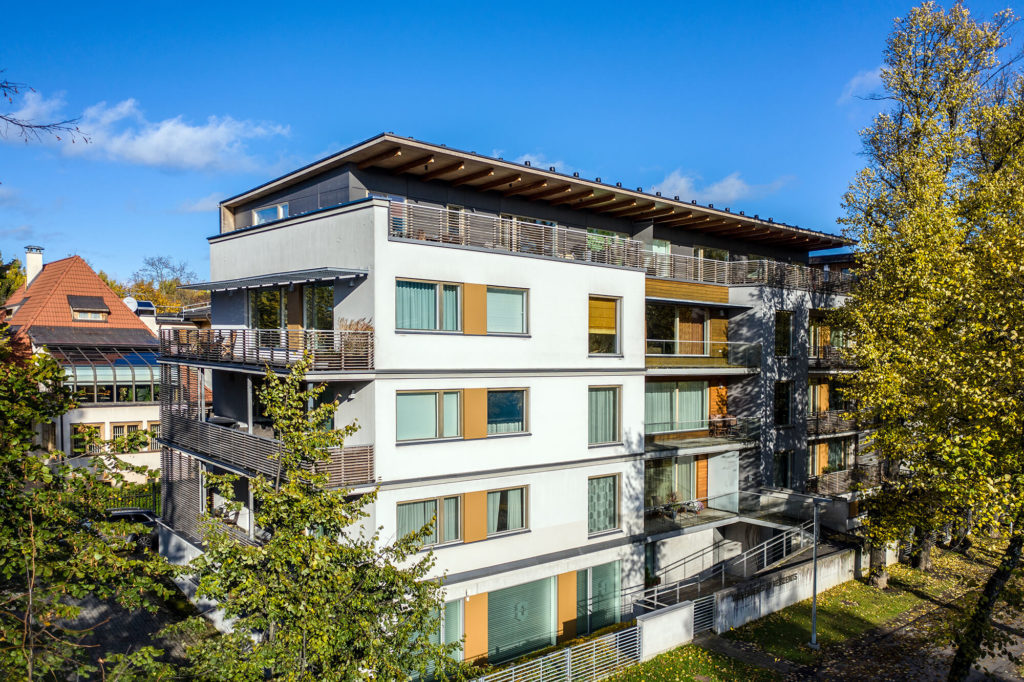 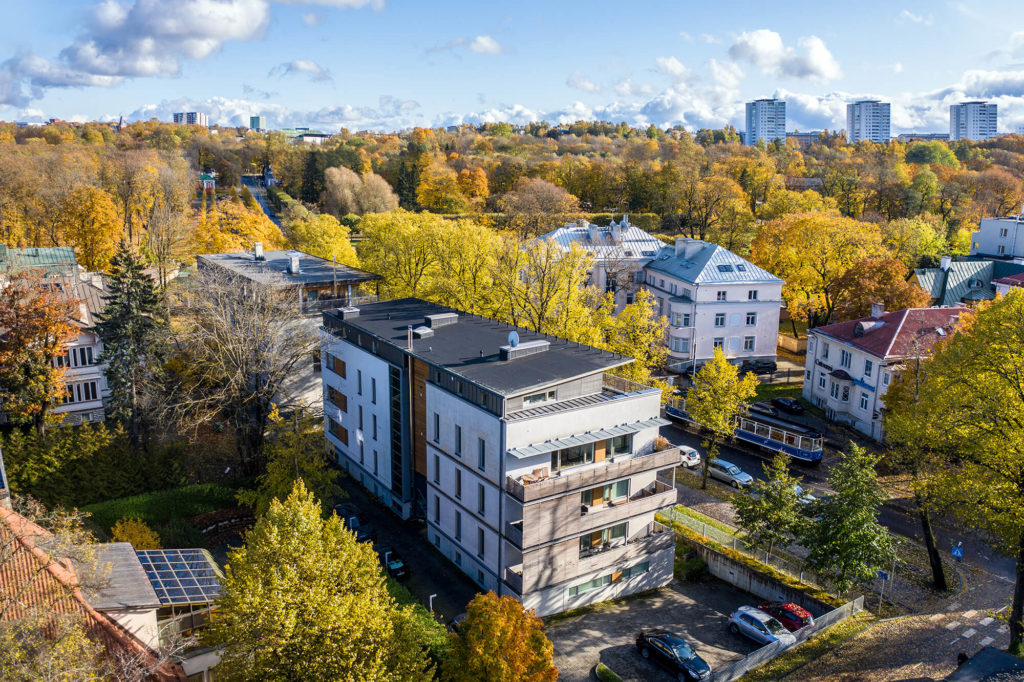